​Pictures are From Our Case Files 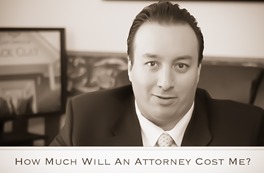 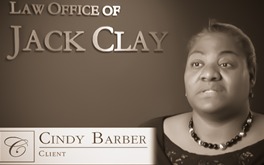 Jack Clay is a leading injury and accident attorney who has handled hundreds of cases representing people seriously injured in trucking accidents, car wrecks, factory and construction accidents, and on-the-job injuries. He has a long track record of satisfied clients who, time and time again, refer their family and friends to him for help.  Many of Jack's cases have been featured in the local and national media, and most of the case he takes-on were referred to him by fellow attorneys.  For ten years, he served as a District Vice President of the Georgia Trial Lawyers Association and Chairman of the West Metro Trial Lawyers Association.

Outside of his practice, he is a husband, father, community leader, and trusted political adviser who has helped run many successful campaigns. You can arrange a consultation with Jack by calling our office at (770) 729-4500.

Jack graduated with a B.A. in Political Science from the University of California Los Angeles (UCLA) and a J.D. from Southwestern University. Coming from a modest background, he learned the value of persistence working his way through school and served as a firefighter.

The following represents some cases Jack has handled as lead counsel.  Many of these cases were referred by fellow attorneys and our valued clients.

Wrongful death motorcycle accident case. Jack represented the family of a police officer killed by the driver of a commercial truck. The case settled for $2,500,000.

Forklift accident and resulting in leg amputation. Our client, a hard working electrician, was severely injured in a forklift accident while working at a local airport.  After more than 10 surgeries, his leg was unable to be saved and was eventually amputated.  His medical bills exceeded $500,000.  We reached a successful resolution of this case after handling the case for more than two years.

Construction site fall of worker on roof over 20 feet with permanent and catastrophic injuries.  Our client was working as a roofer, and fell through an unguarded and unmarked hole suffering devastating injuries including a broken back and crushed / disfigured heels.  Her medical bills exceeded $600,000 numerous surgeries and hospitalizations. We handled the civil suit against 12 defendants and her workers compensation case.

Work van accident in which our client was struck causing her foot to be partially amputated. Our client, a woman in her fifties, was working for a temporary agency at a major auto auction and was struck by a work van whose driver was not paying attention.  Part of her foot was eventually amputated after numerous surgeries.  We successfully represented her in the civil suit against the driver and his employer as well as the workers compensation case.

Serious dog attack case featured on local and national news resulting in severe facial scarring significant judgment against dog owners.  Our client, a hardworking school system employee and pillar of the community, was severely attacked by three pit bulls while walking in her neighborhood on the sidewalk. This case received national media attention due to the extent of her injuries, and was featured on Atlanta television news stations for months. Her face was severely scarred, and we obtained a judgment against the defendants in court of $750,000.

Wrongful death truck accident.  We represent the wonderful family of a promising teenage boy who was killed while riding as a passenger in a truck. The settlement represents the exhaustion of the insurance limits of $800,000 while the case against the uninsured motorist carrier is ongoing as we fight about the amount of additional coverage.

Trucking accident that killed our client / truck driver.  We represented the family of a truck driver killed when his truck struck a tree while driving his regular route in his mail truck.  The case was complicated by the fact that he had two dependent daughters, one of which had a mental disability.  We successfully settled the case after litigation.

Head-on collision causing a broken neck.  Our client was a passenger in a car and we sued the driver who crossed over the center-line causing a major collision.  This case was referred by a local prominent family law attorney, and we obtained a settlement in the amount of $400,000.

High profile DUI rollover accident featured for months on the news causing our client serious shoulder and leg fractures, surgeries, and a long hospitalization. We represented the victim in a DUI rollover collision that received extensive Atlanta media attention.  A group of teenagers went from party to party drinking alcohol, and the driver was drunk when he flipped the SUV ejecting and severely injuring my client and killing her friend.  This case was one of the most troubling and tragic cases of my career.  The case involved alcohol provided by adults, beer purchased by an adult with the teenagers, alcohol purchased illegally from a convenience store, and issues about how  the collision happened.  When we filed suit, we named approximately 12 defendants, many of which were also criminally prosecuted, and successfully settled the case.

Rear-end collision and extensive back surgery.  Our client was rear-ended by an attorney at a large firm and sustained serious back injuries requiring surgery and causing her permanent limitations.  This case settled for $400,000.

Car accident case causing extensive back surgery.  Our client was a successful local hairdresser when she was rear-ended while driving in Douglas County.  This case was complicated by the fact that there was a vehicle that waved another vehicle to turn and an out of control driver who was working for a large corporation who hit our client very hard.  The case settled for $325,000 after extensive litigation and was referred by a fellow personal injury attorney who needed our litigation and trial expertise.

Truck accident on I-285 causing shoulder surgery where the police blamed our client.  This accident received local & national media attention and shut down I-285.  Our client was driving a beer truck when a large dump truck driving next to him caused a chain-reaction collision.  The beer truck flipped over spilling beer and causing him a serious shoulder injury which required surgery.  The investigating officer blamed our client for causing the wreck at the scene and later under deposition.  Through an accident reconstruction investigation and finding a crucial witness in California, we were able to turn a bad situation into a winning situation for our client settling the case after extensive litigation and depositions for $100,000

Products liability case arising out of a crib death.  Jack Clay represented a father whose infant child died due to alleged defects in a baby crib.  We successfully intervened in the case, and reached a resolution with the crib company and the mother of the child after a long court hearing and litigation. 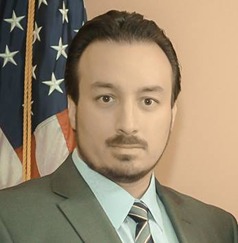 ​​WE WILL COME TO YOU

No Recovery, No Fee
Statewide Representation
​